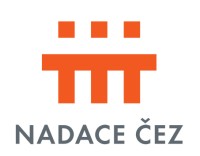 In this page we would like to offer to all not czech (just english) speaking visitors a short information about our volleyball club. So the club was established in 1948 - in that time the club settled in Prague, then it have changed many times it's field of action. The players went through Kolín, Jihlava and finally in 1969 the team domesticate in Liberec. The thing was, that in that time the club has been created just from soldiers of Czech army, some of them did "sign it" after basic duty and these players became a proffesional soldiers, but in fact they were "just" sportsmen. These centers has been the same in other sport arts and was called simply DUKLA, it have had it's divisions in every greater town in former Czechoslowakia. Nowadays we've no soldiers in club, this is closely connected with reformation of czech army in 2004. (In Czech republic we don't have a basic serve for every young man, like it was in past, we have just professional army.) Our club is histroricaly the most successful of all Czech volleyball teams. Just for illustration 16 Champion titles in our country, 6 times winner of Czech and Czechoslowak CUP (last and pre-last season as well), 3 times winner of World army championship, in 1976 winner of CUP of Champions of European countries, in 2005 3rd place in CEV Cup etc.

In case of further interest some contacts in here: